You still don’t get it do you? Europe doesn’t want you back 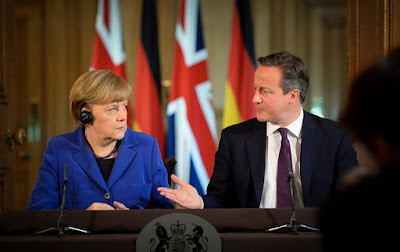 It is hard to underestimate the shock of the Brexit vote last Thursday.  Nobody expected it… and I mean nobody.  Even Farage had conceded defeat by 11.00pm on Thursday night.  Come Friday morning, the reason pro-Brexit Tories like Johnson and Gove look so glum was that the British people had just handed them a live hand grenade – this was meant to be political theatre in which Vote Leave would graciously lose, and Johnson could go back to his party and say, “well I tried.  Give me the leadership and we’ll do better next time.”  Not for a moment did these people think they were actually going to have to negotiate Britain’s withdrawal from the EU.

Since Friday – with the exception of the Parliamentary Labour Party; who have decided that now is the right time to put sordid self-interest ahead of addressing the biggest national crisis since Dunkirk – British politics has been taken up with damage limitation.  Prominent Vote Leave campaigners have made clear that they have absolutely no idea what Brexit means, still less a plan for carrying it out.  Leave voters across the country have come forward to explain that they had only intended their vote as a protest.  Labour MP David Lammy has called for Parliament to end the insanity by simply refusing to accept the referendum result.  LibDem leader Tim Farron has promised to stand at the next election on a manifesto to overturn the Brexit vote.  In the media, even arch-Eurosceptics like the Sun’s Kelvin MacKenzie are regretting voting to leave on what has turned out to be an entirely false prospectus.

On the Brexit side of the vote, victory has descended into outbreaks of racial abuse, as foreign nationals have been told to pack their bags and f*** off home!  Britain has held a mirror up to its face and the picture we have seen is ugly and dangerous.

Many of the 48.1% of people who voted to Remain are outraged.  In Scotland, the most likely result is a new independence referendum as the only mechanism for keeping Scotland in the EU.  In the metropolitan cities of England and Wales there have been big pro-EU demonstrations.  Campaign groups have been formed with the explicit aim of overturning the Brexit vote.

In all of this British naval gazing, one ominous fact is being overlooked: THE EU DOES NOT WANT BRITAIN!  That’s right; the EU has reached the end of its tether.  For 40 years they have had to put up with British exceptionalism – opt-outs here, rebates there, and all the while British politicians and journalists blaming all of the ills of their collapsing society on Brussels.

Although European governments are as concerned about the economic damage caused by the Brexit vote, they at least had the wit to prepare for it.  In Britain, we can thank Bank of England officials for developing contingency measures that an arrogant Prime Minister simply assumed would never be needed.  But there are always advantages in an economic crisis if you can position yourself correctly.  France will be delighted by Britain’s departure – and not just because of all the bad blood from Crecy to Waterloo.  In the EU as currently constituted France is the junior partner among the big three EU economies (Germany, Britain and France).  Take out Britain and the EU becomes a Franco-German duopoly.  Germany – by far the strongest economy in Europe has always looked enviously at the primacy of the City of London as Europe’s financial centre.  With Britain out of the way, and the City no longer bolstered by the economic stability of the single market, Frankfurt can finally emerge as the 21st century financial capital of Europe.

When German Chancellor Angela Merkel told the world yesterday that: “We can see no way to turn this around.  It's not a time for wishful thinking, but of contemplating the reality” she was not making a legal case.  In fact there are 1001 legal means of preventing withdrawal from the EU from happening.  What Mrs Merkel was really saying was “Don’t let the door hit you in the arse on the way out.”  Quite simply, even if British politicians attempt to find a means of reversing the referendum result, EU leaders are not going to allow it – the people have spoken; you must abide by their decision.

The EU is not going to dance to Britain’s tune any more.  As things stand, Britain is clinging by its finger nails to its access to the single market.  It is only the clause that says it has to be Britain that triggers an Article 50 withdrawal that is keeping us there.  EU leaders will bring all the pressure they can to bear upon the next Prime Minister to fire the starting gun as soon as possible.   As Jean-Claude Juncker said yesterday, the next Prime Minister will be given just days to trigger Article 50.  Once that happens, the choice facing Britain is stark – either sign up to all of the things that the referendum result was opposed to – without having a seat at the decision making table – or go trade with someone else.

Twenty-six years ago, Britain’s biggest selling newspaper stood on the white cliffs at Dover, put two fingers up toward Europe and shouted “Up Yours Delors” to the then EU Commission President.  Today, Jacques Delors’ children are stood on the white cliffs at Calais returning the complement.  It turns out that it isn’t foreigners who will have to f*** off home… it’s us.
Posted by Tim Watkins at 09:49